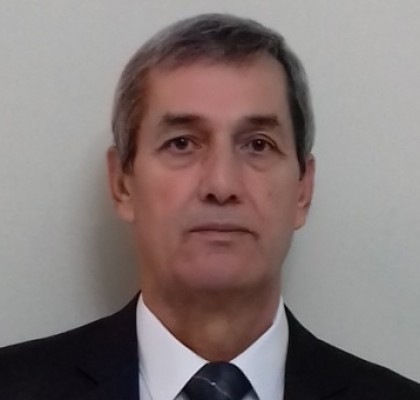 I am Firudin Muradov, azerbaijanian, was born in May 7, 1955 in city Siyazan of Azerbaijan Republic. In 1972 I entered the department of Mathematics and Mechanics of Baku State University. I graduated from that university in 1977.

From 1977 to 1991 I have worked as engineer-programmer at the Computing Centre of Committee of Statistics Azerbaijan Republic . From November 1977 till April 1978 I have studied operating systems and programming languages at courses rise qualification and gained according diploma. During my work I composed programs on languages Assembler, Fortran, Pascal, PLL, Kobol, etc.

From 1991 to 1994 I have worked at the International Scientific-commercial Centre “Interstattetis”. At this centre I have worked on construction of the Local Area Network.

From 1994 to 1996 I have worked as mathematician-programmer at the Joint-stock Company “Altun”.

From 1996 to 1998 I have worked as senior teacher at the Department Mathematics and Mechanics of Baku State University.

From 1998 to 1999 I have worked as Assistant Professor Doctor at the Department of Computer Engineering of International American University.

From 2000 I have been working as Assistant Professor Doctor at the Department of Computer Engineering of Near East University.

I have published 15 scientific papers.